On December 5 at Presidential academy the conference «The Constitution of 1993: challenge for Russia and the image of the future», devoted to the anniversary of the Main law of the state took place.

The conference was organized jointly with Association of lawyers of Russia. Leading theoreticians of the problems of state, well known constitutionalists, acting and retired judges of the Constitutional court members of the parlament, politicians, many of them participated in elaboration of the main law of the country, took part in the conference.

Rector of RANEPA Vladimir Mau opened the plenary session, welcome all participants and expressed his hope for constructive and professional dialogue which should not end with the end of the conference. In the framework of Gaidar forum-2019, to participate in which rector invited all members of the audience, is planned to organize a panel discussion where main attention will be devoted to memories of the authors of the Constitution of Russian Federation of 1993.

The work of the Conference continued in sections, participants discussed the role of Constitution for development of all spheres of social life in detail. 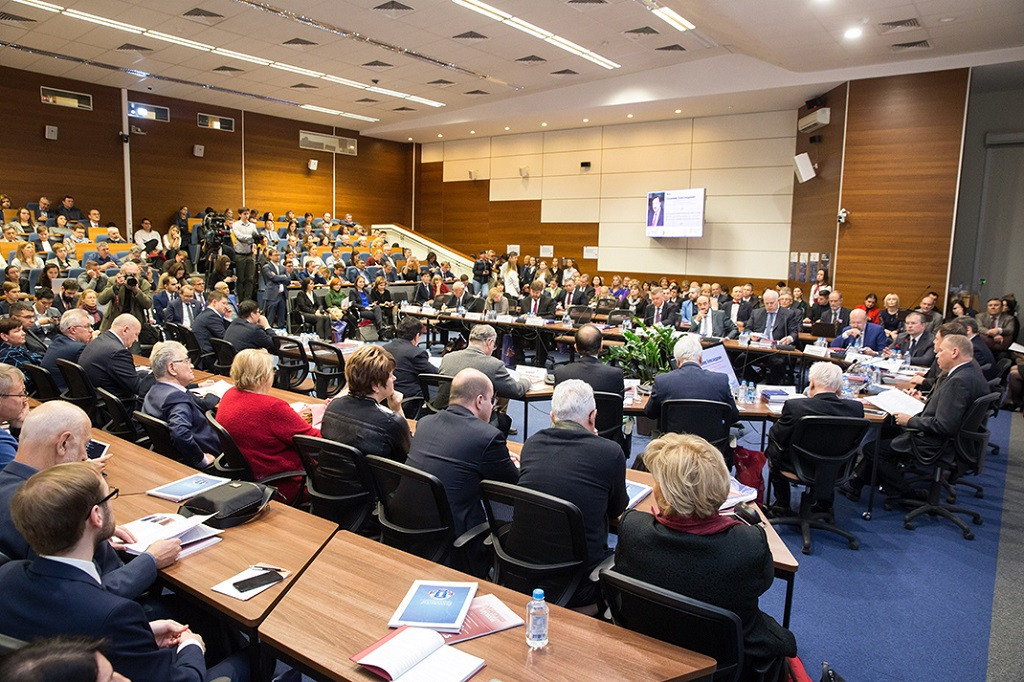