Interview with the speakers of a series of seminars forthe Higher School of State and Government Cadres “Digital transformation for the State”: Ruslan Korchagin 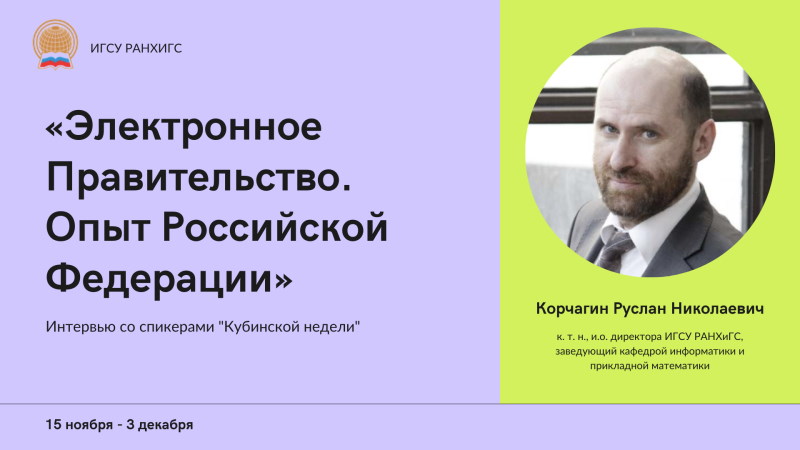 In an interview, Ruslan Korchagin gave an answer to the question of what a modern state is and how modern “digital” technologies allow states to be more competitive. After all, this directly affects the well-being of citizens, the influx of human capital, highly qualified personnel and financial assets: “… A digital state is actually a state that bases its activities on the development of government decisions based on data. Data is the new oil…”.

In addition, the topical issue of the shortage of personnel within the digital state was considered. The current level of digital literacy is insufficient for digital government, according to the basic concept, to take place. At the moment, the employees involved in this process do not have the proper competencies. It is important not only to understand how to work with data, but also to try to make appropriate decisions, to be able to argue them based on the data panel.

The Russian Federation is among the most developed countries, we have a highly educated society, a developed digital infrastructure. The question is which trajectory of development we will choose.

Ruslan Korchagin also commented on the situation with the possible consequences that a digital state can generate. The main contradiction is the digital competence gap. In this case, the state should increase the digital literacy of the population using various levers. But we must not forget about information security, the ability to manage access rights, as well as ethical issues related to the human-machine interface.