The Institute of Public Administration and Civil Service RANEPA took part in the video competition “Spain. Football clubs and cities” was organized by the Education Department, Embassy of the Kingdom of Spain in Russian Federation.

As part of the competition video IPACS was chosen the following topic: “Why is Spanish football so popular all over the world? The IPACS student is looking for the secret of the Spanish football success together with Russian LaLiga footballers”.

Video was produced by a graduate of the Faculty of International and Regional Research Sergey Samoilov; International Cooperation Department team and Russian-Spanish center. 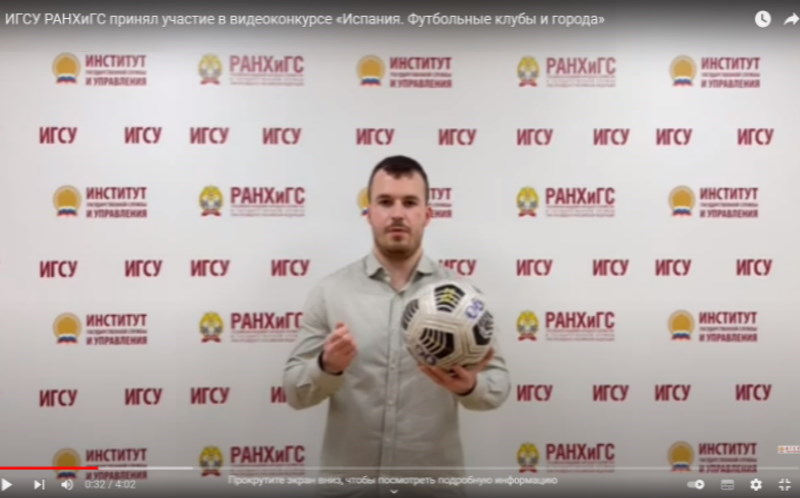 According to the script, Sergey interviews Russian football players from Spanish clubs, passing a ball as a symbol of an international team sport. 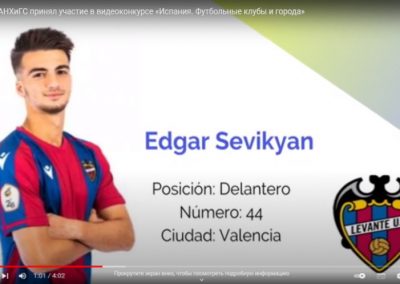 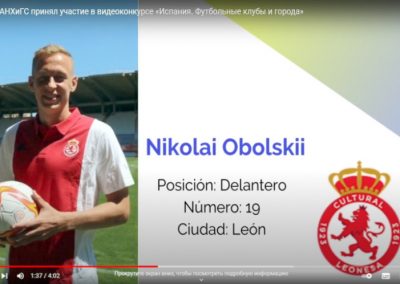 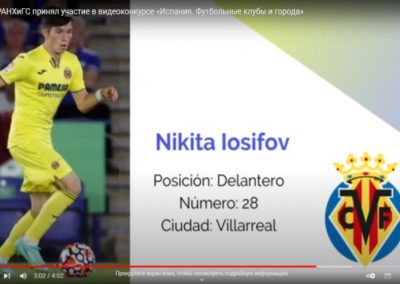 On behalf of the entire IPACS international team, we would like to wish LaLiga success and great future victories!