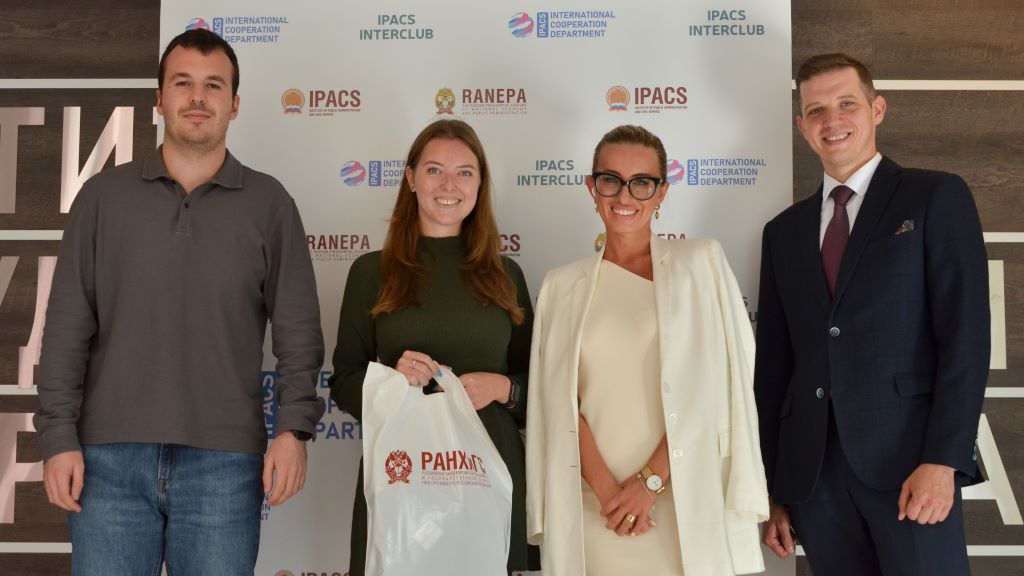 On September 1, the Institute of Public Administration and Civil Service RANEPA held solemn events that were dedicated to the Day of Knowledge. Italian exchange student Morena Torri from the Luiss Guido Carli University attended the festivities. 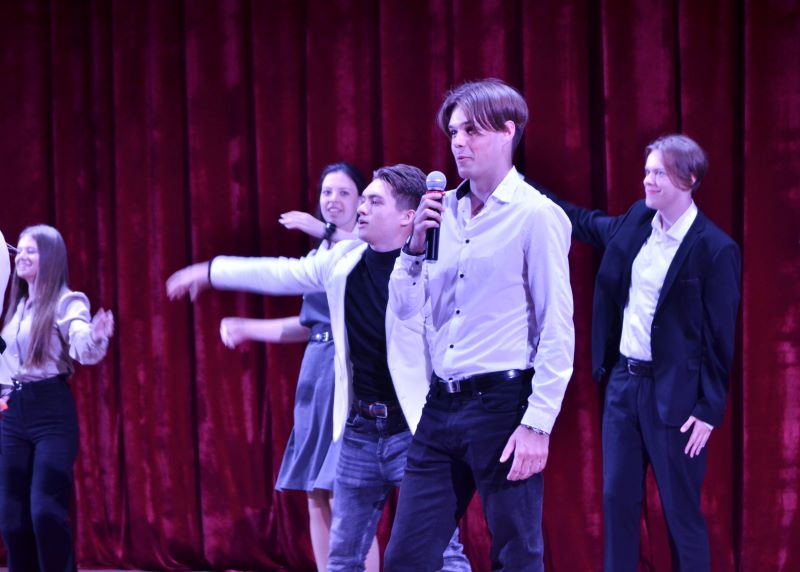 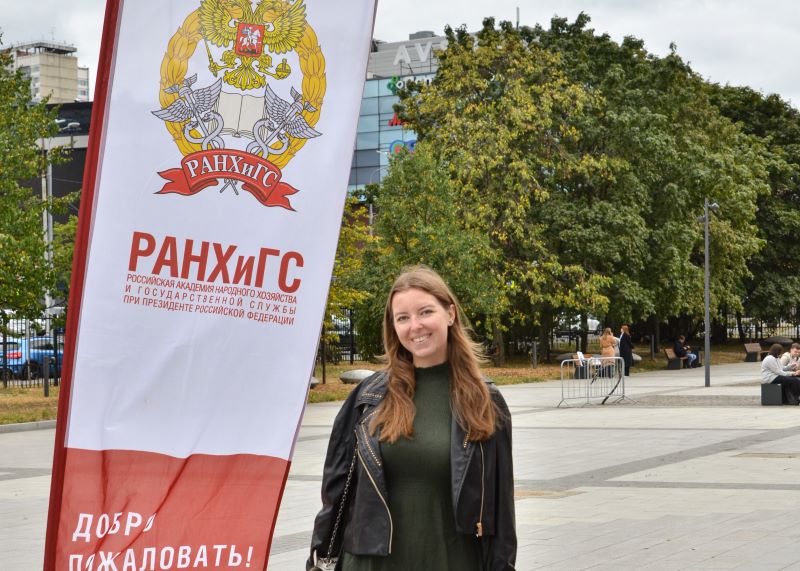 The festival began with a performance of the IPACS choir, then the acting director of the Institute of Public Administration and Civil Service RANEPA (IPACS RANEPA) greeted the students with a welcome speech. Honored guests of the Academy also attended the ceremony. They addressed the students with a motivational speech. Morena was able to attend the festive opening at several faculties, as well as to see the performance of the creative collectives of the Academy.

Students of the International Club held a tour of the Academy for Morena. On that day, she noted the magnitude of the celebrations and the great number of guests who came specially for the ceremonial opening. During this time many students were able to get acquainted with Morena and show her the traditions of the Knowledge Day holiday.

So about the meeting with her told Sofia Kashina (3rd year, Foreign regional studies): “I saw Morena for the first time when I was running from one audience to another, rushing to a festive for first-year students! Morena was walking along the corridor accompanied by Dmitry Borisov — 3rd year student of the Faculty of international regional studies and regional management. I met Morena and noted that she speaks Russian very well, I was shocked, because Russian is quite difficult to learn. I imagined how much time and effort had been devoted to achieving this result”.

After the celebration Morena was congratulated with the start of the new academic year by the head of the IPACS International cooperation department – Karoline Sikirinskaya, as well as by the staff of the department. They wished her a successful academic year and presented her with a souvenir and all the necessary brochures with useful information that will help Morena adapt to the Academy.

Speaking Club opens its doors for participants!
Don’t miss the chance to join School for FAN!
The IPACS RANEPA discussed Russia’s modern strategy in the Transcaucasia region and the lines of counteraction to the “Anaconda” strategy in the region
Ambassador of the State of Libya to the Russian Federation Emhemed A.E. Almaghrawi visited the Institute of public administration and civil service RANEPA
Ceremonial opening of the new academic year took place at the IPACS RANEPA on September 1
Moscow welcomes to Italy at RANEPA!
IPACS develops projects in the Asian market