01 September, 2018 Extraordinary and Plenipotentiary Ambassador of Italy to Moscow (Russian Federation) – Mr. Pasquale K. Terracсiano met with the rector of the Presidential Academy RANEPA – Vladimir A. Mau and spoke at the Opening Ceremony of the school year at the Institute of Public Administration and Civil Service (IPACS) with a welcoming speech. Also, he noted the importance of direct contacts and live communication.

Then, there was an open lecture by Mr. Pasquale Terracсiano for students in the direction of education: «Foreign regional studies» and the program of «Interstate cooperation». Mr. Ambassador noted that as a guest he speaks to the University students for the first time.

At the lecture, Mr. Terracсiano touched upon the history of Russian-Italian relations, as well as the prospects for their development. He paid special attention to the development of economic and cultural cooperation between the States.

Mr. Ambassador noted that mutual cooperation between Italy and Russia are developing now, despite political disagreements with the partners from European Union: «I do not agree with sanctions regime, because it is not a reasonable tool in diplomacy… it will never give a positive result for the improvement of international cooperation…».

Also, Mr. Terracciano he told about his professional experience, interests in the field of international law, how he began his diplomacy career and what positions he held during his service.

After the lecture, students and listeners had the opportunity to ask questions to the Ambassador on the subject of international cooperation. In the course of their responses, Mr. Terracciano spoke about his position against the terrorist attack in Donetsk; «The Russian seasons» project in Italy and about his personal admiration for the architecture of Moscow and St. Petersburg. 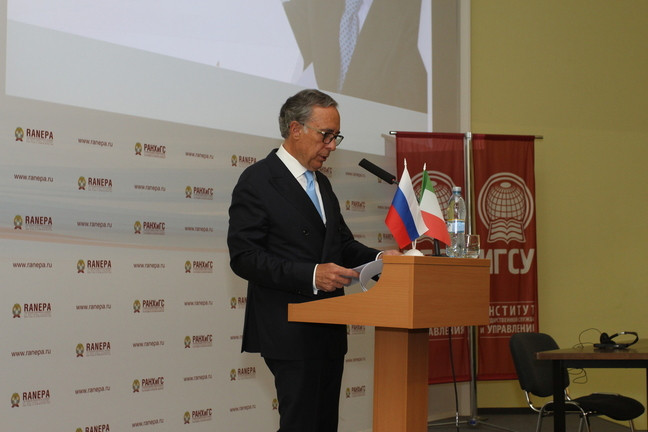 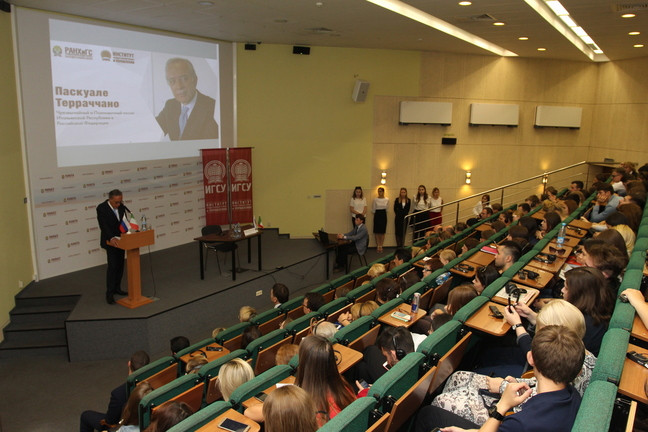