The content of the major “Political culture and ideology” is aimed at studying the essential, structural, procedural and communicative features of the formation and development of subjective (spiritual, ideological, non-institutional) phenomena in politics, primarily manifested in the functioning of ideological and cultural phenomena, trends in their evolution, features of influence  on the organization and administration of political power, the impact of spiritual components on the mass, group and individual behavior of citizens.

The objects of research are symbolic, ideological and cultural formations that determine the content of orientational-behavioral complexes of various political factors, the formation of multiple ideological structures that function in the political sphere and affect the organizational forms of political institutions and power relations. 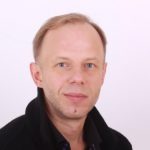 Deputy Chairman of the Dissertation Council

Doctor of philosophical science. Professor. Deputy Chairman of the Assembly of the Peoples of Russia. Member of the Governing Council of the Association of Russian Religious Centers. Member of the Coordinating Council of the CIS and Baltic countries on theoretical and practical religious studies..
Director of the Center for Religious and Ethnocultural Research and Expertise . Professor of the of National and Federative Relations. Professor of the Department of State-Confessional Relations .