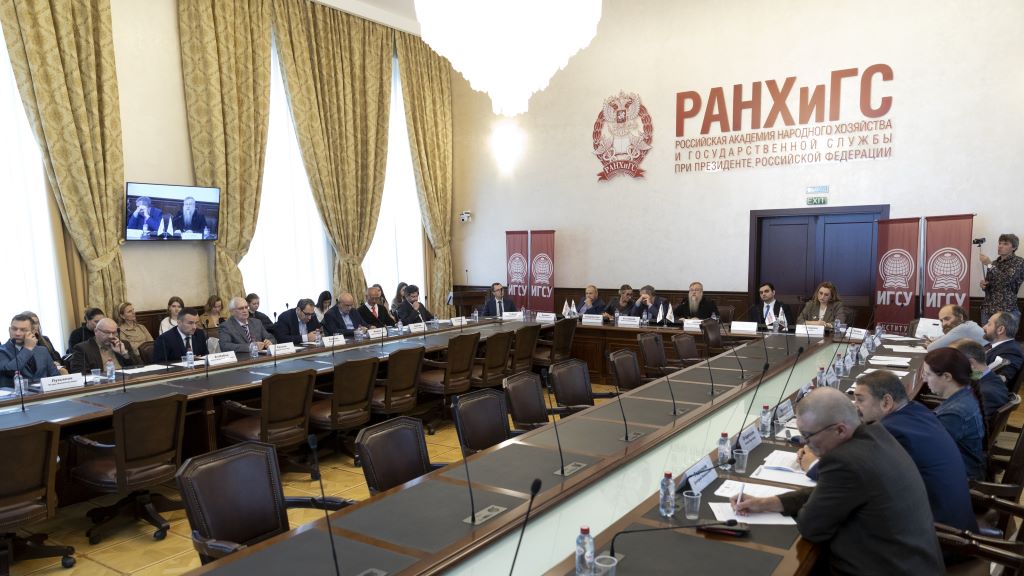 On September 13, 2022, a round table on the topic “Geopolitics of Russia: countering the American “Anaconda” strategy in Transcaucasia” was held at the Institute of Public Administration and Civil Service (IPACS) RANEPA with the participation of experts from Russia, Armenia, Azerbaijan, Georgia and South Ossetia, as well as IPACS students, Faculty of International Regional Studies and Regional Management.

During the discussion, the issues of the threat of the resumption of the hot phase of the Armenian-Azerbaijani conflict; the aggravation of the internal political confrontation in Armenia; the influence of pro-American networks in Georgia and the possibility of normalization of relations with Russia; the likelihood of aggression against Abkhazia and South Ossetia; the consequences of the “Anaconda” strategy in Transcaucasia and many others were discussed.

Alexander Hoffman, Head of the information support department for international activities RANEPA, began the round table with a minute of silence dedicated to Daria Dugina. In his welcoming speech, he noted the importance of the Russian Federation modern strategy and the development of young professionals for the future country development. Taking into account modern transformations, wishing the participants a productive discussion.

Welcoming the participants of the event, Alexander Bystryakov, Deputy Director of the IPACS RANEPA, noted the complexity of the proposed topic and expressed hope that the discussion would bring understanding of the situation and provide options for resolving conflicts. However, it is necessary to look for compromise points in the most difficult contexts and take a step forward. “I would like to hear words about cooperation and common points of contact in today’s discussion, despite a number of problematic issues.” 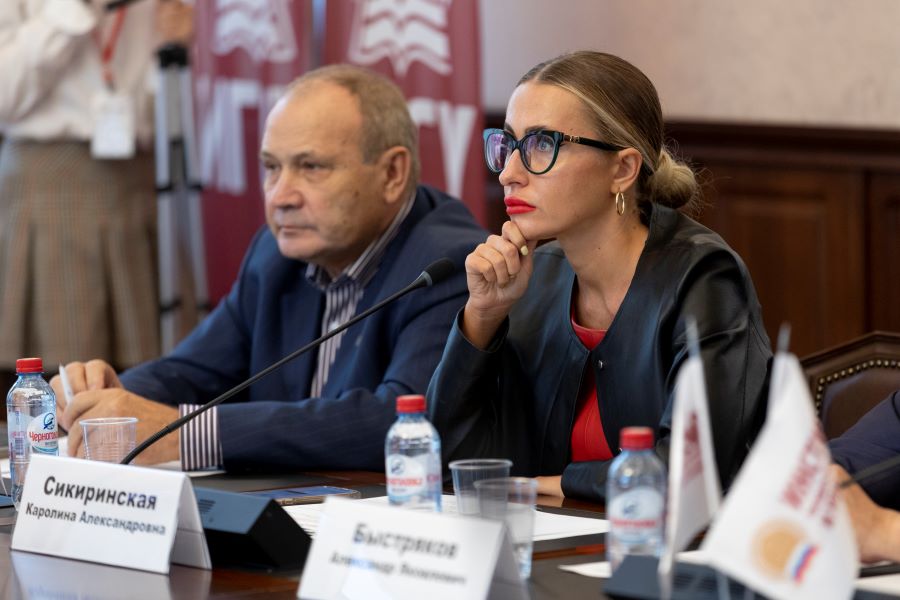 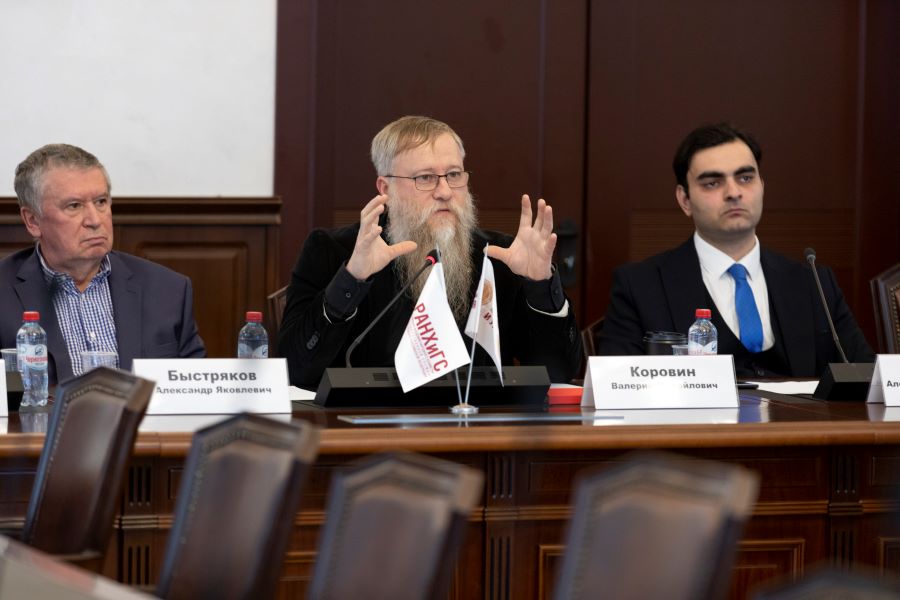 Karolina Sikirinskaya, Head of the International Cooperation Department of the IPACS RANEPA, stressed that the round table meeting is taking place against the background of a “tectonic fault” of the world order, when a return to the past is no longer possible.  “Our main task is to prepare leaders who are able to act effectively in new conditions. We have launched new educational projects for in-depth study of various regions, contributing to the deepening of students’ knowledge about modern geopolitics, and are also actively developing programs aimed at developing cooperation taking into account the national strategy of the Russian Federation: “Russia-Eurasia: political and economic processes” with the CIS countries, “Interstate interaction (with in–depth study of a foreign language)” and others,” she said.

The report of the international non-profit foundation director, “Center for Geopolitical Expertise”, political scientist Valeriy Korovin gave an understanding of the essence of the “Anaconda” strategy, created by the United States in 1861 and used for decades to “strangle” the economies of the Eurasian countries. The main thesis of the strategy, according to the speaker, is the conduct of military operations in the economic interests of his country. Part of the speech was an overview of conflict zones in the world from Kosovo to Transnistria with a special focus on the resumption of the “hot phase” of the conflict in Transcaucasia, which happened on the eve of the event. According to the speaker, we are witnessing an “eschatological battle” that is unfolding before our eyes. 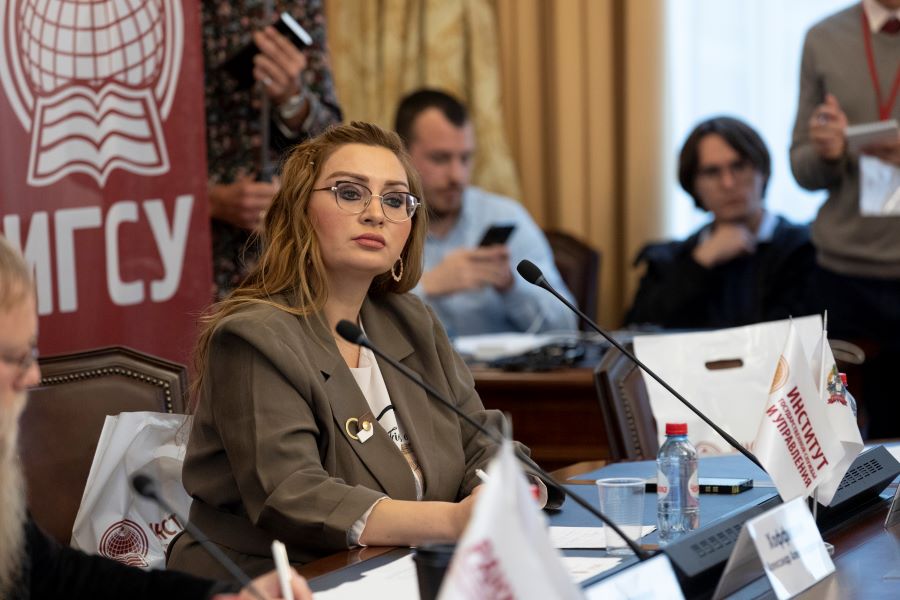 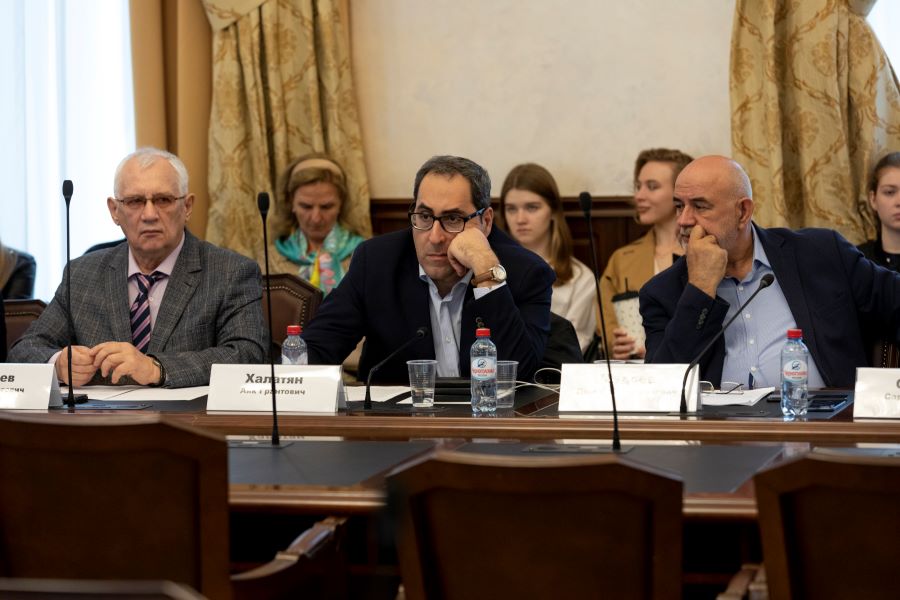 Nezaket Mammadova, a political scientist, noted that Russian peacekeepers are the only way to ensure security in the Transcaucasian region “… only Russia can create peace and security in the region.”

Professor of the Department of Foreign Regional Studies and Regional Management of IPACS Vladimir Osipov highlighted the issue of the economic blockade of Russia in modern conditions by Germany, France and other European countries, suggesting analyzing its consequences and increasing strategic partnership with countries of other regions.

The director of the Center for Islamic Studies of the Caucasus, Shota Apkhaidze, drew the audience’s attention to the role of the media in shaping the mood of the population in relation to certain political events: “The media are an important weapon in the geopolitical struggle: relations between peoples, in particular, between Georgia and Russia, depend on the context of publications.” It is necessary to create competitive information resources that maintain the unity of our peoples by creating a single socio-cultural field, the speaker believes.

Many speakers touched upon the issue of information security “… the information field can influence even more than the battlefield!”, – said Dmitry Epishin, director of the Center for Legal Regulation of Federal Relations and Local Self-Government of the IPACS RANEPA.

Vadim Evseev, Professor of the Department of Foreign Regional Studies and International Cooperation of the IPACS RANEPA, Leonid Savin, Director General of the Fund for Monitoring and Forecasting the Development of Cultural and Territorial Spaces, and Alexander Agababov, Deputy Head of the Representative Office of the Orel Region under the Government of the Russian Federation, put forward proposals for effectively countering the American strategy of political influence.

A significant and most stormy part of the discussion was devoted to the discussion of the problem of the armed conflict between Armenia and Azerbaijan. Representatives of both countries agreed that a peaceful solution is possible only in cooperation with Russia and with its direct participation.

Speaking Club opens its doors for participants!
Don’t miss the chance to join School for FAN!
The IPACS RANEPA discussed Russia’s modern strategy in the Transcaucasia region and the lines of counteraction to the “Anaconda” strategy in the region
Ambassador of the State of Libya to the Russian Federation Emhemed A.E. Almaghrawi visited the Institute of public administration and civil service RANEPA
Ceremonial opening of the new academic year took place at the IPACS RANEPA on September 1
Moscow welcomes to Italy at RANEPA!
IPACS develops projects in the Asian market