Opening the event, the Vice-rector of RANEPA Andrey Margolin pointed the importance of the topic of the meeting: «BRICS is a factor of stability and, in fact, a symbol of a multipolar world. It is very important to understand this in the new geopolitical reality in which we all live today». 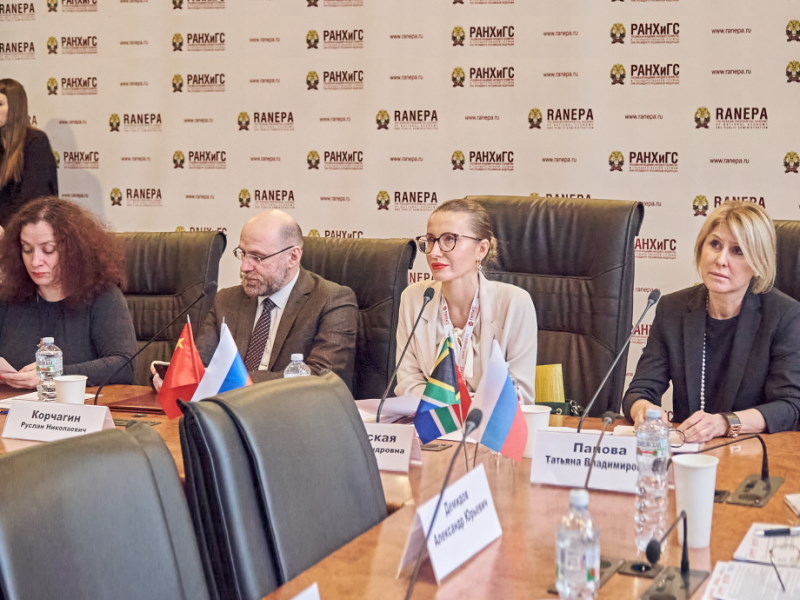 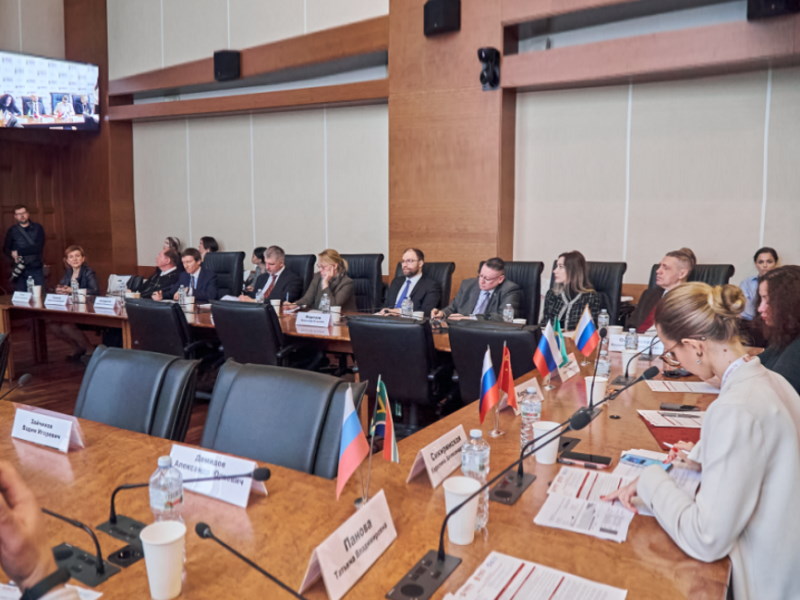 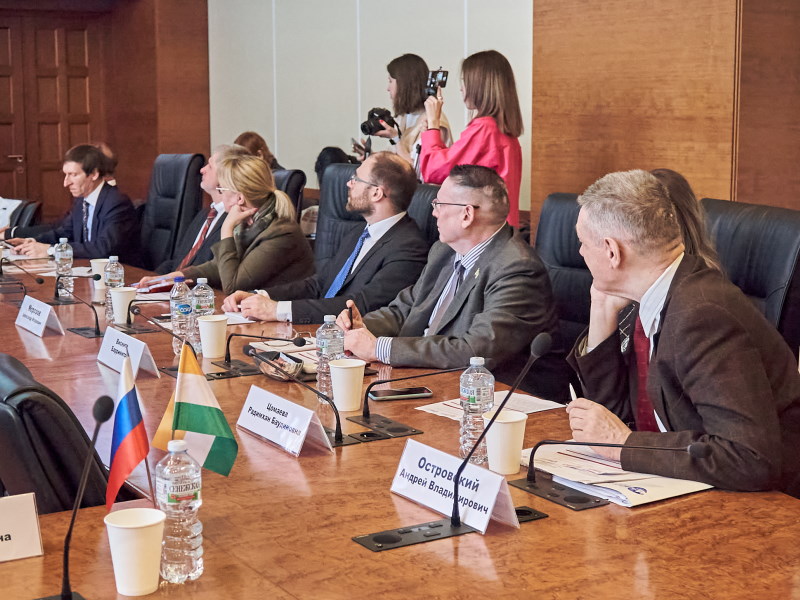 Ruslan Korchagin, Acting Director of the IPACS RANEPA, outlined the global perspective of the development of the BRICS countries: «Independence in decision-making is certainly beneficial to any country, so the BRICS countries can switch to trade relations in the national currency in order to get rid of the system that is tied to dollar settlements. This is a long process, tied not only to the monetary system, but also to technology», the head of the IPACS believes.

Karolina Sikirinskaya drew attention to the variety of topics offered for discussion: «Thinking over the concept of the event, we focused on the current agenda and strategy of the BRICS group of countries. The organization of the round table allowed us to study more deeply the strategic initiatives of the BRICS countries, which significantly expanded the topics of discussion – from education, science and culture to agriculture and logistics. We are very glad that we managed to organize such a large-scale event, which brought together such a representative composition of participants, this made it interesting and of high-quality. It was also important to discuss the trajectories of international cooperation that will become a priority for the Presidential Academy in the near future».

Tatiana Panova noted the special relevance of the agenda of the event, pointing out that the event, which was organized at the Presidential Academy, will be the first step towards the implementation of various project initiatives with groups of BRICS countries: «In the modern world, new opportunities for interaction and cooperation are opening up for us, and the BRICS countries can become key partners for us in the development of joint promising initiatives. We hope to continue the meetings devoted to this topic. Of course, there are more questions than answers now, and the unification of the scientific and expert communities in the search for solutions is very important today». 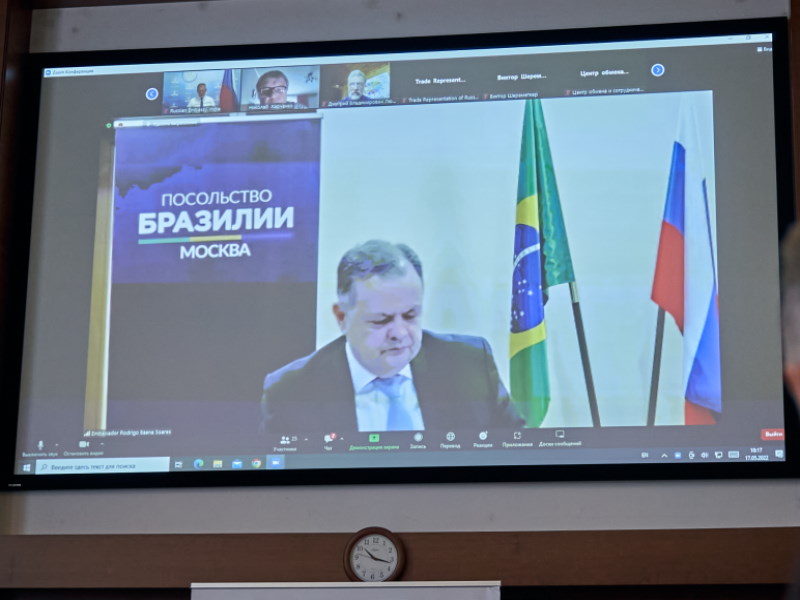 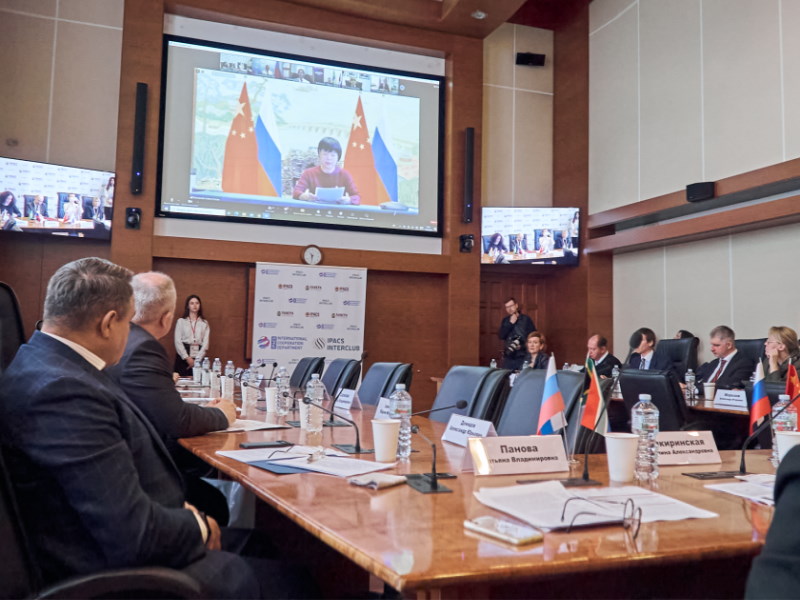 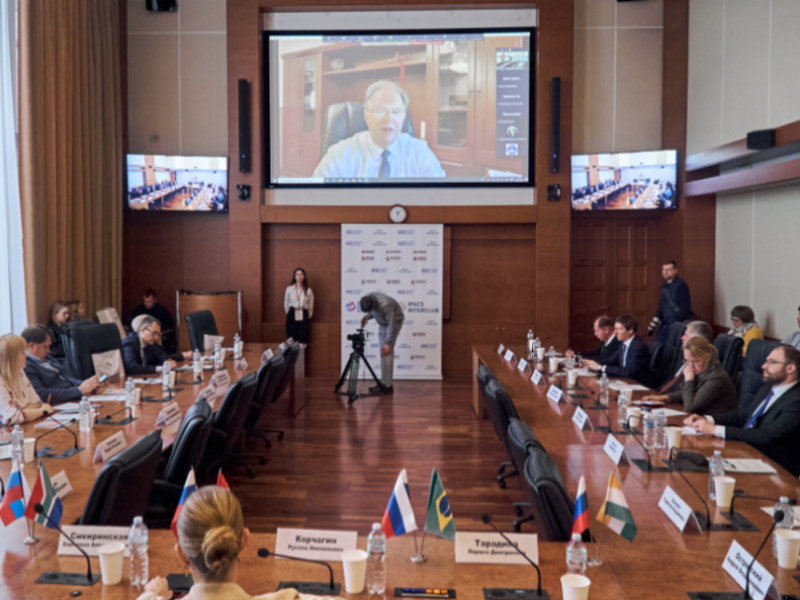 «The development of cooperation within the framework of BRICS in modern conditions is associated with high expectations. The existing institutional potential and the experience of practical interaction of the five are working in its benefit. For Russia and India, the BRICS track serves as an important tool for promoting trade, financial and investment cooperation», Russian Ambassador to India Denis Alipov said in his speech.

Liu Tsinghua, Counselor-Envoy of the Chinese Embassy in Russia, expressed confidence in the need for active cooperation: «The Chinese side thanks its partners for their active assistance and support. The year of China’s BRICS presidency will be held under the slogan «Build high-quality partnerships, jointly create a new era of development». China expresses its readiness to cooperate with BRICS partners under this slogan».

Russian Ambassador to South Africa Ilya Rogachev noted that in modern conditions it is important to take into account new threats and challenges.

«The history of relations between our countries is in many ways unique and rich in vivid scenarios. Today, it can be absolutely stated that our relations have not only withstood the test of time, but are also experiencing an upswing, as evidenced by the high level of political, trade, economic, cultural, scientific and other areas of joint activity between our countries», Cuban Ambassador to Russia Julio Antonio Garmendia Penia said in his speech.

During the round table, the participants discussed topical issues of foreign trade cooperation and current economic trends. Most of the speakers agreed on the need to unite the efforts of the BRICS countries in the current global situation.

The round table was presented by a wide scientific community with the participation of V.V. Silakova, A.V. Ostrovsky, I.V. Boyko, V.S. Osipova, E.S. Bazhenova, A.V. Kukushkina. The event was attended by representatives of business circles and federal authorities – A.Y. Demidov, Doctor of Economics, Professor, Deputy Head of the Federal Treasury of the Russian Federation; V.I. Zaichikov, Head of the Department of Education and Science of Rossotrudnichestvo; Sheng Guofei, Secretary General of the Chinese–Russian Chamber of Commerce for Electronics and Mechanical Engineering Products; Jiang Siyuan, Representative of the Shanghai University of Politics and Law, Secretary General of the Center for Exchange and Cooperation at the Legal Services Commission for the SCO; Kiranjeet Singh, CEO of Strategic Management Solutions ,Ex. Associate Vice President of ALSTOM JV, Director of Herbs N Spices Agro food Pvt Ltd; I.Z. Yarygina, Doctor of Economics, Professor, Director of Scientific Work of the BRICS National Research Committee; D.V. Lyubomudrov, Co-Chairman of the Council of the BRICS Industrial Coalition, Member of the Council on Financial and Industrial Policy of the Chamber of Commerce and Industry of the Russian Federation; A.E. Volodkin, Managing Director – Director of the Analytical Support and International Relations Department of the ANO «National PPP Center»; Vicente Barrientos, President of the BRICS Joint Center for Business Cooperation; N.I. Bugayenko, President of the East Siberian Association of Biotechnological Clusters, Advisor to the Head of the BRICS Academy of Spatial Development; Mercedes Delgado Fernandez, Rector of the Higher School of State and Government Personnel of the Republic of Cuba, as well as experts from the Department of Development and Regulation of Foreign Economic Activity of the Ministry of Economic Development of Russia, Department of Foreign Economic and International Relations of Moscow, ANO «Moscow Center for International Cooperation», Russian Union of Industrialists and Entrepreneurs, KROS communication agency, The Asian Association of Public Administration (AARA), the Center for Strategic Development of the Russian-Chinese Chamber for the Promotion of Trade in Machine-Technical and Innovative Products.